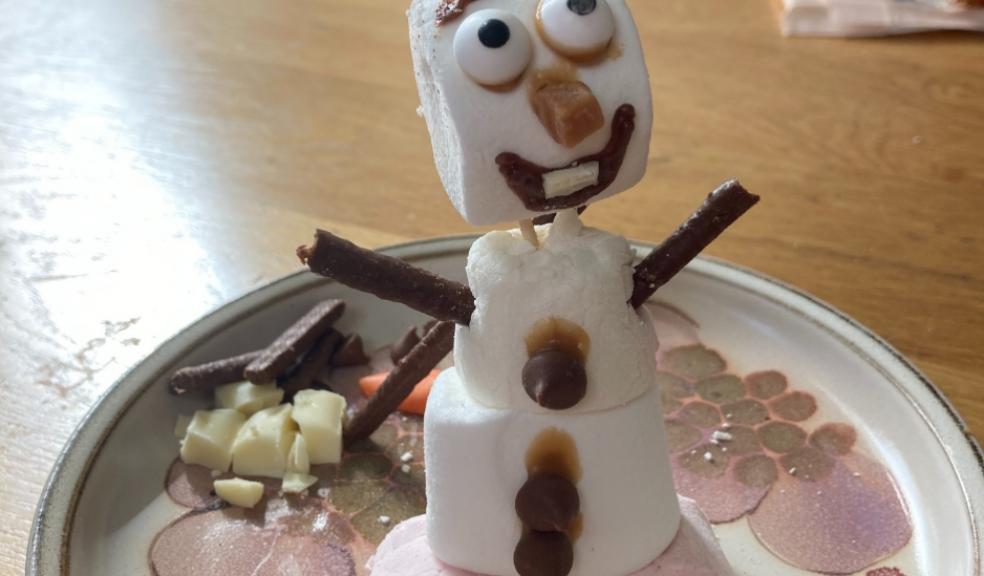 My daughter in frozen mad, so with her birthday coming up I wanted to think of some fun party games we could do based on the theme. One thing I came across was a ‘make your own Olaf’ idea, which we tried this weekend, and it was a huge hit!

We played this game as a family, with grown-ups and children, so we turned it into a bit of a competition – who could make the best Olaf. We all had a great time, so I would definitely recommend this game for your next party.

What you will need?

I bought lots of different edible ingredients that I thought would be good for people to use, I many have gone a little overboard but I wanted a good selection. When looking for ingredients yourself, think of things that would be good to make his body, arms, face and any other decorations for him.

How to make Olaf:

I got up a picture of Olaf as a reference then let everyone freestyle. I needed to help my daughter a bit with the fiddly bits. For ours we got 3 marshmallows and stuck them together for the body using the cocktail sticks. We then pushed the matchmakers through the middle marshmallow to be his arms. I used the icing tubes to stick edible eyes and an edible carrot nose onto the top marshmallow, then I used the icing to draw on a mouth and attempted some eyebrows. We used more icing and chocolate chips to do the buttons down the front and cut a marshmallow in half to make some feet – attaching them with more cocktail sticks.

As it was my daughter’s birthday we made her the judge, so she got to choose the winning Olaf. We had so much fun doing this and one of the big pros of doing an activity like this is that you get to eat everything afterwards.