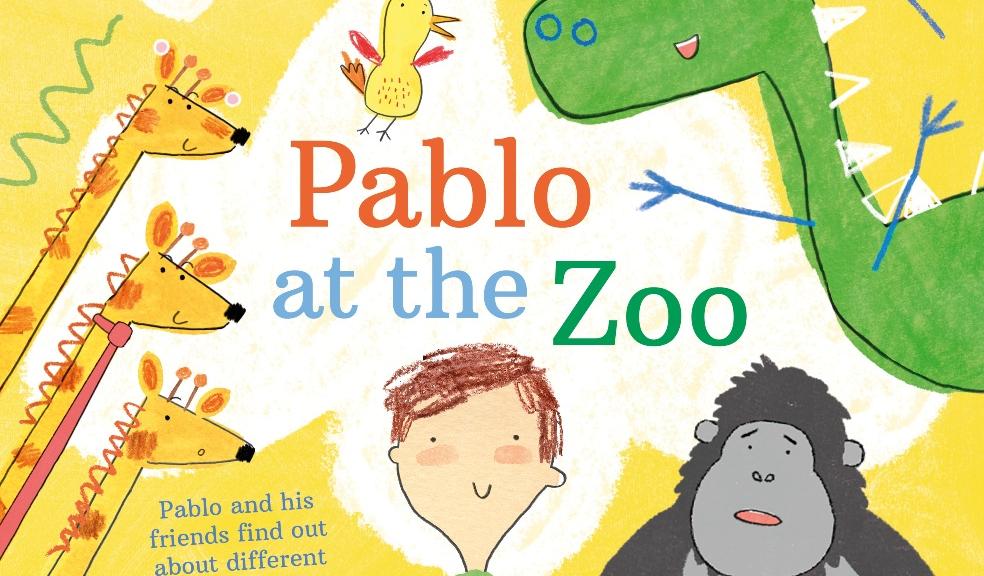 Pablo's friends meet their families at the zoo – but Noasaurus the dinosaur can't find his family. Pablo and the book animals help Noasaurus realise even though he might feel lost, family is where you find it.

It’s a thoughtful, easy-to-grasp way to help your child understand that not everyone thinks and acts in the same way. – The Independent on Pablo’s Feelings

This is a heart-warming bedtime book about Pablo and his friend Wren who don’t want to go to sleep because they are afraid  they will disappear. With the help of their friends, they learn that there is nothing to be worried about at night-time. – Good Housekeeping on Goodnight Pablo

Pablo is the first animated TV seriesto star an autistic character and the first TV programme with an all-autistic core cast. Pablo is  shown on CBBC, RTE and Netflix, won Best Preschool Programme at the 2019 Broadcast Awards. Its interactive game was  nominated at the 2018 Children’s BAFTAs for the Digital category, and Season 2 of Pablo is airing on CBeebies. A Pablo stage  show is also in development with Selladoor.

The Pablo storybook series won Gold in the Children’s Book Series category at the Made For Mums Awards 2021.

This empathetic and heartwarming series of books are written by writers on the autistic spectrum, and are grounded in the real life joys and challenges of autistic children. Pablo will help readers understand that not everyone thinks the same way.

Pablo uses his ‘magic’ crayons to overcome everyday challenges. He brings the viewer into his ‘art world’ where he portrays how he bravely takes on real world challenges, turning them into fantastic adventures, and communicates unfamiliar feelings by drawing these colourful characters into life. These characters are his imaginary friends, who each carry traits typical to those on the spectrum.