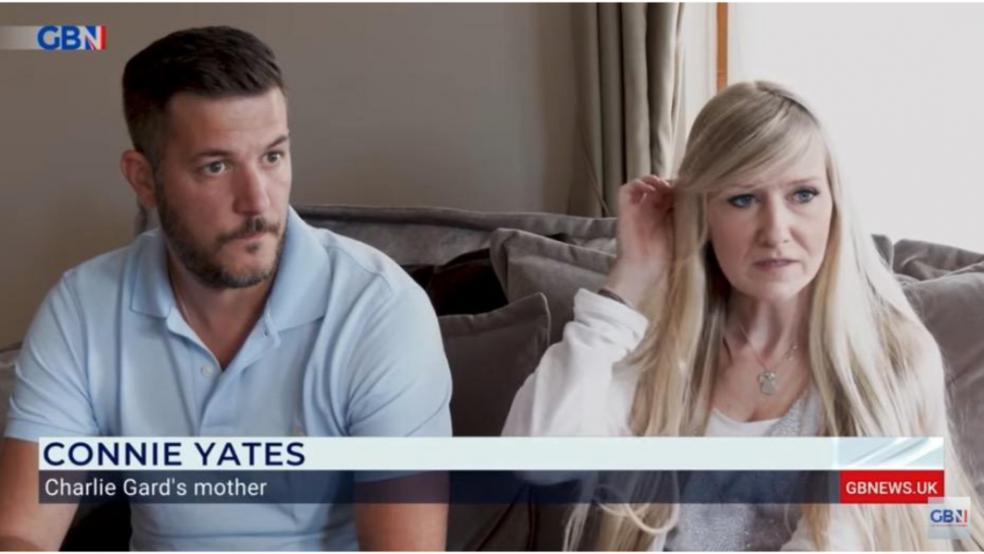 Chris Gard and Connie Yates are lobbying MPs to pass ‘Charlie’s Law’. They also praise Archie Battersbee’s mum for fighting for her son’s right to life.

THE parents of tragic tot Charlie Gard have spoken of their campaign to change the law to keep decisions about the medical treatment of seriously ill children out of the courts.

They are championing a new law that would give parents the right to seek alternative treatments for their children.

Chris Gard told GB News: “The main point of Charlie's Law is to stop these cases getting to the point of having to go to court because it's bad enough when you've got a sick child and to be then taken to court at the same time to try and fight for your child's life is, is just unbearable.

“So anything we can do for Charlie's law to stop these cases escalating into court is the main aim really, whether that be mediation, or, you know, just making sure that the parents' voices are properly considered and listened to.”

He added: “Support we had in Charlie's case was phenomenal. If it wasn't for the tenacity of the general public, we would never have had the opportunity of going to America and unfortunately that was blocked by the hospital in the courts.

“But you know, we've started the Charlie Golf Foundation after his passing and we get a lot of support through that.

“We’ll always feel very touched that he touched so many lives around the world.”

His mother Connie Yates told Rosie Wright on GB News: “We’re going down to London next week for the five-year anniversary of his passing.

“We always go to his grave and release butterflies, so we'll still be doing the same thing…

“But it's been, it's coming up five years now but it's not any easier really, you know, you sort of learn to live with it.

“But you know how time is normally a healer, I think when you lose a child, time doesn't really like help that much, but I just felt like he was sort of around us and I mean, sort of with us in a way.”

Mr Gard said the pair sympathised with the parents of Archie Battersbee.

He said: “We've been there, we know how it feels. I know all I can say [is] our thoughts are with Archie and his family, it is devastating for everyone involved.

“There's nothing I can really say that's going to make them feel any better. You know, losing a child under any circumstances is just dreadful.

“Our thoughts are with Archie and his family at this time.”