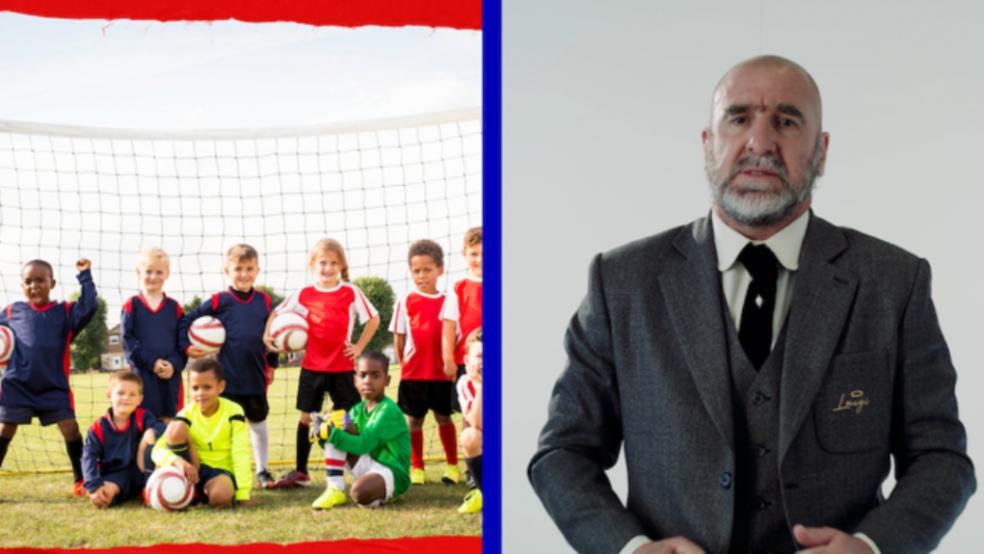 On Thursday 3rd June, London: the UK’s biggest sports and fitness retailer, Sports Direct, announces its powerful new children’s initiative, Monster Kickabout. Developed in partnership with global sports brand Nike, the event offers an action-packed week of creativity, fun and football to get kids across the UK off the sidelines to stretch those lockdown legs and play the beautiful game.

Launching ahead of an epic summer of football, Monster Kickabout will see hundreds of schools reclaim their playing fields, playgrounds and pitches, for what will be the biggest kickabout ever. The 5-day extravaganza, starting Monday 28th June, features a range of football inspired activities - from skill school to design your own kit and mascot - that flex both the creative and physical muscles of schools up and down the country.

The event launches following a year of kids being cooped up inside and stuck on the sofa - and in light of new research from Sports Direct which reveals over half of parents (52%) are struggling to get their children excited to get outside with friends and engage in sport and outdoor activities post-pandemic.

Before lockdown, the majority (75%) of parents said their children were involved in extracurricular sporting activities, from after school clubs to local sports teams, with football being by far the most popular option, as chosen by 57% of kids.

To help enable schools to play their part, half a million pounds of free equipment and kit will be given to the first 500 to sign-up. Four lucky schools will also be selected for the ultimate football prize: a once-in-a-lifetime chance to play like the pros, getting a behind-the-scenes look at the life of their idols.

To galvanise the nation, Premier League legend Eric Cantona - who appears in Sports Direct’s Euro 2020 advert - is seen in an inspirational video rallying schools and parents to sign-up. Professional football stars, Jordan Henderson, Jack Grealish, Jordan Nobbs and Bruno Fernandes have also taken to social media to encourage their fans to get involved, to ultimately dream big and play proud.

Challenges parents are now facing when it comes to getting their kids into sports and exercise often come down to habits developed over lockdown, which are proving difficult to shake off. Over a third (37%)  admit their children are simply stuck in their lockdown ways, with kids having become accustomed to doing very little with their evenings and weekends or simply enjoying spending time on their game consoles over getting involved in social sport (47%).

Key findings from the research include:

Beckie Stanion, Chief Marketing Officer at Sports Direct said: “Sport is vital for children’s development, not only from a physical and mental point of view, but also from a social perspective too - aiding to make new friends and have some much needed fun. We want to reignite this passion for sports and motivate children, which we understand can be difficult after school closures and sports clubs shutting during the pandemic.”

“Working together with Nike, we’re getting kids back on pitches, encouraging them to enjoy the game they love and recoup that vital time to play they’ve missed out on - away from screens and back with their friends. Sports Direct is where many start their football journey, whether it’s buying their first pair of boots or PE kit for the year, so it feels only natural that we support schools and revive that passion we know comes with the game.”

To register your children’s school to take part in the Monster Kickabout, head to:www.monsterkickabout.com. Entries close on 18th June.